skip to main | skip to sidebar

Recently ,we finished a term of book (Total English), whereafter we have started a new book.Everyone glad to accept new knowledge ,because teacher said we had caught up with advanced class course.
But the work book really difficult to me, so I know that I have a great distance with I can understand lectures of university in English . I am very worry about my English .

Luckily, I still have two months to learn it ,I will do my best .I hope can get a huge improvement.
Posted by Christina at 12:30 PM 2 comments: 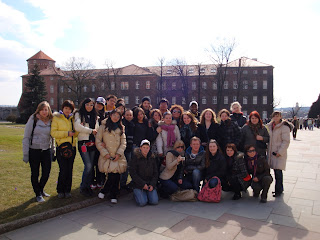 In my opinion ，Krakow is one of the most beautiful cities in Europe. It is one of the oldest cities in Poland, with evidence showing settlements there since 20,000 BC. There are many legends in Krakow.So I was very curious about the place .


Luckily ，I was invited to take part in the trip of Krakow with international students. By going this trip I had known more about the history of Krakow.

By going visit the old town I knew that it was originally the home of the Polish royalty between 1038 and 1596, before the capital was moved to Warsaw. Our first destination is visit Wawel Cathedral which was built around 1,000 A.D. in romanesque style and destroyed several times. It is now the third cathedral since 1322. For more than 1,000 years of its existence, the cathedral was surrounded by chapels, founded by members of the ruling dynasties and bishops,where is the most beautiful in my opinion .

Give me the deepest impression place is Auschwitz Concentration Camp ，where was established in 1947 by the Polish Government on the site on the largest Nazi concentration camp, which was set up in 1940 for prisoners from Poland. From 1942 it became one of the biggest extermination camps for the European Jews. There is an exhibition entitled “Man Did This To Man” in the huts once used to house inmates. In recognition of its historical significance as a memorial to all who suffered and died there.
I think the whole human should advocate peaceful and united with all forces that can be united overcome the heqemonism.
This is really an unforgettable trip for me .I learnt a lot of new knowledge which I hadn't known before
Posted by Christina at 10:49 AM No comments:

Yesterday we went to a museum of Warsaw ，we visited many paintings of France.

I think it's really good for improve to our felling of paintings. But most of the painting which I can't understand ，due to I didn't know the culture background .
All of the paintings I only know that in the Age of Madame de Pompadour .From the time she attained the envied position of official mistress to Louis XV in 1745 until her death in 1764, Madame de Pompadour was one of the most celebrated and active patrons of the arts. Lavolupté du gout (voluptuous taste), comprised of paintings created by 24 of the era’s most important artists patronized by Pompadour during an age that witnessed the birth of a public discourse in aesthetics and art criticism, reveals her legacy as the royal tastemaker of the time.
Most of paintings have more than 200 years of history,however they can show us the beauty and ugliness of that time .
I hope that I can have more chance to close to the art ,close to the its culture to learn ,to appreciate.
Posted by Christina at 5:39 PM No comments: 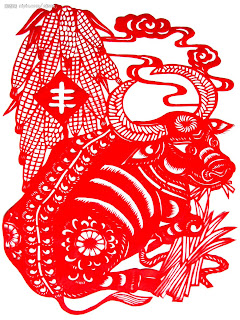 Someone very curious about Chinese calendar. Here, I want to tell us about the lunar calendar
People’s Republic of China uses the Gregorian calendar for civil purposes, a special Chinese calendar is used for determining festivals. Various Chinese communities around the world also use this calendar.
The beginnings of the Chinese calendar can be traced back to the 14th century B.C.E. Legend has it that the Emperor Huangdi invented the calendar in 2637 B.C.E.
The Chinese calendar is based on exact astronomical observations of the longitude of the sun and the phases of the moon. This means that principles of modern science have had an impact on the Chinese calendar.
The Chinese Lunar Calendar names each of the twelve years after an animal. Legend has it that the Lord Buddha summoned all the animals to come to him before he departed from earth. Only twelve came to bid him farewell and as a reward he named a year after each one in the order they arrived. The Chinese believe the animal ruling the year in which a person is born has a profound influence on personality, saying: "This is the animal that hides in your heart." 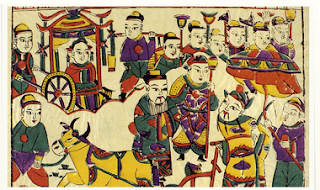 Today is Dragon Heads-raising Day falls on the second day of the second lunar month, which is a traditional festival in China.
Dragons are auspicious omen, for which Chinese people have an admiration that bordered on worship. Dragons dominate wind and rain. So in ancient days, every time when there was a drought,people would make a straw dragon with sorghum stalks about 3.33 meters. Every family offered sacrifices, burned incenses and candles to worship the Dragon King. When the straw dragon passed by, people would carry buckets and sprinkle water over the straw dragon and the dragon dancers. They believe that the Dragon King would feel grateful and then make plentiful rain for the mankind.
Posted by Christina at 10:56 AM No comments:

Equality is the eternal topic of human 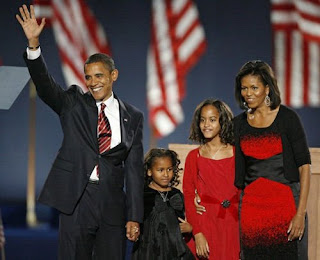 There are many inequalities in the world. Racial discrimination or the colour bar problem are serious social inequality . Especially ,in the United States,the inequality problem is from ancient time to the present .
But today I have seen a film about Barack Obama's pullulating experience. I have known a lot about discrimination of Negro. And I also know that with the progress of humanity, Racial discrimination will be solved .Obama is a miscegenation ,his father was a Kenyan and his mother is an American .He studied hard when he was a teenager. But he found that he didn't blend into the other white classmates' world. When he studied in Columbia university, he hoped that in this demographic diversification he will find his place. He was self-discipline at that time and he studied very hard,also researched some problem about discrimination. Before he went to Harvard law colledge,he had gone to Kenya where he wanted to be honest with himself. The trip made he knew about how poor there people was. The most imertant is he found that he had the same pursue with his father. Thus,he strengthen his conviction.
He has spent several years to prepare his knowledge for entering into politics. In 2004,Obama became a senator of one of the states,but he wasn't satisfied with it.He has done a lot of activities for selection in these four years. Eventully,he won the copetition and became a president of America.
In the history of Amecia many people struggled for the cacial problem .Obama became a first black president of America,which illuminate racial issues have been alleviated to some extent.
Posted by Christina at 12:21 PM 2 comments:

Romeo And Juliet" impressions of after-reading 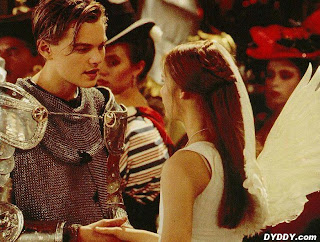 I hear that“the child are frequently innocent” , but at the end of the story, children's destiny was the most pitiful. For family's benefit, Romeo and Juliet is pacing back and forth, when having no way out, they chosen the extrication.

Likes urging them forward to the death, the sentiment urged that was full they to abandon the family to arrive at the same place, the enmity has actually been doomed their destiny repulsing, behind the painful has too many unaided. Romeo and Juliet's story is not only a play, it certainly was also at that time the real life the portrayal, too many too many involuntary, innumerable had no alternative, this was love takes to the memory which the people remembered with eternal gratitude.

This is the author of Romeo and Juliet tribute to the power of love, but also as a tragic drama to the tone of uncertainty optimistic one of the reasons why, as the author is a Renaissance humanist on human love and the pursuit of happiness, the pursuit of development and progress the embodiment of confidence
Posted by Christina at 2:40 PM 2 comments: